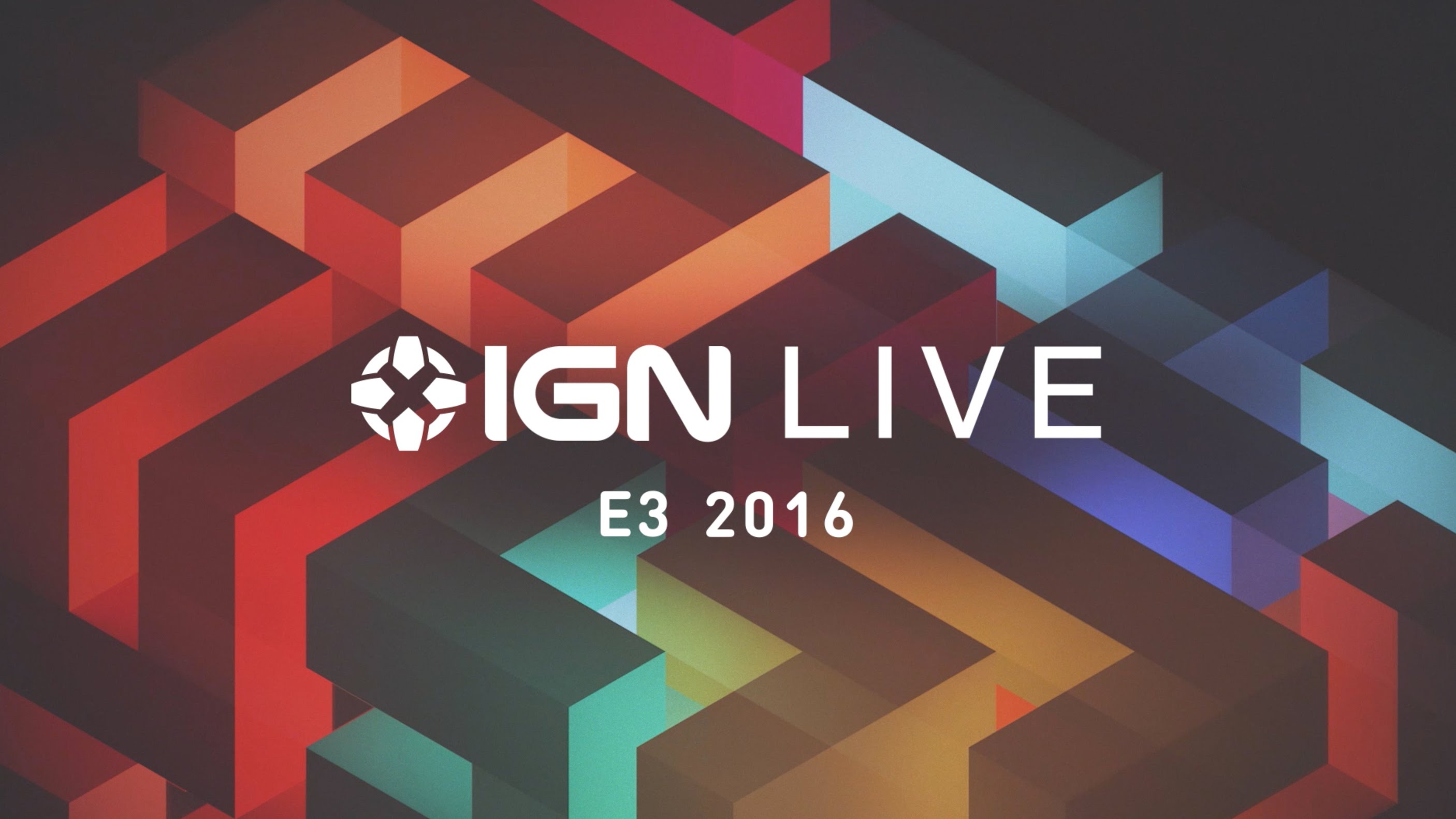 Once again, I excitedly share the news about being invited back to cover E3.

I have always found E3 to be one of the biggest highlights of the gaming year, and having had the pleasure of experiencing a couple firsthand, my opinion has only been strengthened in it’s resolve. I always cover the show as Editor-in-Chief of Gamersyndrome (as I will this year, too), but due to server issues, I can’t even log into my own site right now. Oh the frustrating irony of it all.

Like every year, before the show, I always enjoy talking about what we can expect, by throwing around some fun speculation, and generally, shoot the shit about what the fuck we are waiting for. This year is no different, and I want to take this moment now to run down some of the major players and what they have to bring, at E3 2o16. First up, we look at Nintendo and see what massive variety they have planned for the show floor.

It’s been no secret that Nintendo has vowed to finally showcase Zelda NX, in all of its beautiful glory at E3 2o16. What’s more, is that the big N plans on having multiple kiosks for Zelda on the show floor for attendees to play and enjoy, along with a Treehouse Live special going on during E3, which has developers hands on with the title, showing off the new Hyrule in all of its next gen bravado for the world to see.

If that wasn’t enough, Nintendo has also said Zelda will simultaneously release on both the NX and the Wii U, much to the delight of any Wii U owner, and one of the very few delights they will know in the next year or so.

Most of that sounds good, right? I hope it does, because Zelda at E3 is about the only thing Nintendo fans have to look forward to this year. For the third year running, Nintendo has opted out of doing a press conference, which makes some kind of sense, as it would be very hard to rationalize what would ultimately be a 90 minute commercial for Zelda, and not subsequently get pissed on by the collective gaming community. I know it worked for Nintendo with Super Mario Bros 3 and The Wizard once upon a time, but we live in a very different time now.

So yes, Nintendo isn’t doing a press conference, and they won’t have anything but Zelda on the floor. That is incredibly unprecedented by any E3 standard, and should help reinforce just how much trouble Nintendo has been in for awhile. Not a “Nintendo is doooomed” kind of implication, but all of these massive underwhelming announcements for the next year, in combination with the complete lack of content for the Wii U in 2016, and Nintendo is struggling to do anything outside of flashing their Zelda bling. Which admittedly, they do well.

As a fan of Zelda, I’m thrilled I’ll be surrounded by my favorite green clad hero. As a critic, I’m like “Dudes, are you serious? One freaking game?” I do my best to rationalize the situation in the sanest ways possible.

The upshot to this is that no one is really expecting anything from Nintendo at all this E3, so if Zelda is surprisingly good, they will get great press about it. Which is perfect, cause they will likely get little press other than Zelda. They have back peddled recently to say they will mention in some capacity a few other titles, like the new Pokémon titles Sun and Moon, along with Monster Hunter and Dragon Quest VII for the 3Ds, but have safe expectations going into the show.

Safe Expectation: Zelda. Seriously, that’s it.
Impossible Expectation: Nintendo has been lying about not showing the NX this year, and we get a physical look at the console, with an official name.

Next up, we have Microsoft, the tech giant that went from disastrous launch, to admirable sales for the Xbox One, with their system currently outpacing the success of the 360 in comparison of sales to time on the market. MS is still almost twice as far behind as Sony’s PS4 however, and will have to continue to pull out all the stops to catch up.

I know you wanted the Kinect to be embraced by your core base, Microsoft…but it’s just not going to happen

Microsoft is likely to continue their “games first” strategy that we saw them steam ahead with last year, tech add on’s and vague promises of future upgrades just (haven’t) and aren’t going to satiate the expectations of gamers. With more than 50% of all games announced at last years E3 (from all companies) still not out a year later, MS is going to have to wow the crowds with some concrete content with solid release dates.

Luckily, among the contenders for games likely to be announced at the show this year for the X1, we’ve got Crackdown 3, Cuphead, and Gears of War 4 all riding the hype train to E3. All three of these games have been in the works for some time, and round out an impressive variety that MS has been trying to compete with Sony on, a company that has had a quality stable of varied content in the past couple years.

To that point, we already know Gears 4 will be coming out October 11th, and it’s going to be one of the games to beat this year in terms of hype factor. I’d be surprised if Crackdown 3 didn’t finally have a release date announced, as well as Cuphead finally getting a launch window. I’m excited to finally see Rare showcase Sea of Thieves on top of it all, as they’ve had plenty of time to get the project off the ground, though a 2016 launch for it feels unlikely to me.

I think Recore and Scalebound are doomed to delay till 2017, considering what little we’ve seen of either in the past year. With Inafune heading up Recore, and having trouble getting even a small project like Mighty No.9 out, and Kamiya heading up Scalebound, who’s notorious for being patient in development to put out a quality experience, I will be very surprised if either see the light of day in 2016, but expect awesome previews at Microsoft’s conference non the less. It’s been rumored Halo Wars 2 will finally be announced, and I’m foolishly hopeful that it’s been in development long enough to be ready by years end.

Other honorable mentions go to Microsoft’s continual need to remind us it owns Minecraft, some kind of Windows 10 pimping, and perhaps most excitedly, the rumored Xbox One slim, which is suppose to be almost half the size, and with possible 4k resolution support. There have also been rumors of an “Xbox Scorpio” flying about, which is supposedly far more powerful than the Xbox One, and possibly equipped with VR in mind, but with the Slim being the likely candidate (and MS still being mum on any possible VR focus), it would be pointless for Microsoft to announce the hypothetical Scorpio, as Sony and Nintendo have vowed not to bring new hardware to E3.

Last but not least, we discuss what Sony may do come this year’s E3, and what they have to avoid in order to not be the laughing stock of the gaming community.

While Sony has had their fair share of missteps in the past, they regularly have an incredibly strong showing at E3. Even when they announce something ludicrous, or ham fist some heavy handed promises, it’s at the least extremely entertaining on a memetic level. Though Sony has confirmed the existence of the  “PS4 Neo”, a new iteration of the PS4 line (much like the X1 Scorpio) which has been confirmed by Sony’s president to be more powerful and more expensive, it has also been confirmed it will not be making it’s E3 debut this year. Sony is still ramping up on showing off it’s not too distant future VR offerings with the PS4 VR add on, Project Morpheus, which will be the cheapest way to get your VR funk on.

PS VR helps to solidify the PS4 as the most attractive offering on the console side, and Sony has the sales numbers to back that up. There are quite a few games Sony has planned to discuss at their show this year, with some impressive names like Gran Turismo, Ace Combat, and Harmonix showing off titles for their PSVR machine (previously named Project Morpheus) for gamers to enjoy. Other titles which will be explored include Rigs: Mechanized Combat League, Dreams, a project from Little Big Planet Developers Media Molecule, and even a VR version of Rez, the highly acclaimed cult classic rhythm experience.

There are another dozen titles or so planned for PS VR, and it seems Sony is putting a great deal of focus on showing it off this year, which leads me to believe we may get a solid release date in late 2016, with the price point of $400. I know not everyone is sold on the idea of VR, but after having the joy of experiencing it myself at E3 2014, I can’t help but be excited for the future of virtual reality in gaming, which will only become more popular as the price goes down.

Putting aside the saucy nature of possible VR advancements, Sony has regular software lined up for their conference, including looks at Horizon: Zero Dawn, a futuristic open world third person action game that looks beautiful in motion, and a game I’m crossing my fingers comes out this year. The Last Guardian, which better have a release date this year, or is doomed to catch up with the number of times Duke Nukem Forever was delayed, the long awaited sequel to the gravitationally challenged Vita darling Gravity Rush 2, and possibly the rumored announcement of a Norse myth focused from one of Sony’s biggest, God of War 4.

The last couple of years I’ve gone, while some companies have delivered the goods in terms of conferences (Microsoft 2014, Bethesda 2015), Sony always seems to be the ones to beat in terms of variety of content and showmanship. Let’s see if they can pull it off again this year.

Safe Expectation: Sony will announce a lot of cool shit
Impossible Expectation: Any of it will be cheap or come out any time soon.

And that concludes my overview of the big three in some of the preliminary analysis of E3 2016. What’s exciting is that the show is always anyone’s game, and even if one company rises above the rest, they all always have a chance to impress, and to collectively succeed to make an excellent show. What’s more is that this year has seen a surprisingly low number of leaks, so there are still a ton of surprises left, with dozens of unannounced projects just waiting to shock and awe. Stay tune as I cover the conferences and the show live from LA, as we all enjoy the awesomeness that is E3 2o16.