[Welcome again to Video Game Crafts ‘N Gear! This is a weekly feature wherein I shine the spotlight on three of the best custom-made, video game-inspired projects I’ve come across this week. Whatever the game and whether it’s art, crafts, toys, cosplay, animations or anything creative, if it’s awesome enough I’ll share with you wonderful readers!]

It’s a food-themed special on this week’s Crafts ‘N Gear, with the approaching Halloween promising tons of incoming treats and delights. You’ll definitely think twice about eating anything we’ve featured here though, as artists of the internet have outdone themselves yet again. See for yourself!

Meat Boy may finally have some competition to deal with, now that many of gaming’s biggest icons are now in meat form. A Tumblr blog known as Epic Grinds will be providing your “holy sh*t, internet” moment this week, as the owner of this blog meatifies their favourite characters with perfect, artistic execution.

Below you’ll catch edible renditions Mega Man, Sonic, Tails, Meowth, Link, Ganondorf, Olimar and more. purveyor of artistic objects created out of ground meat. The creator doesn’t stop at video game characters, however—there’s recognisable characters and objects from movies, anime, live-action series and real life, and you can catch them all on the Tumblr page. 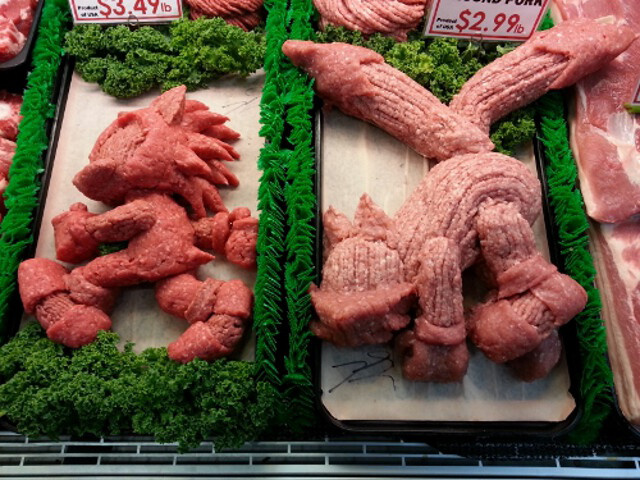 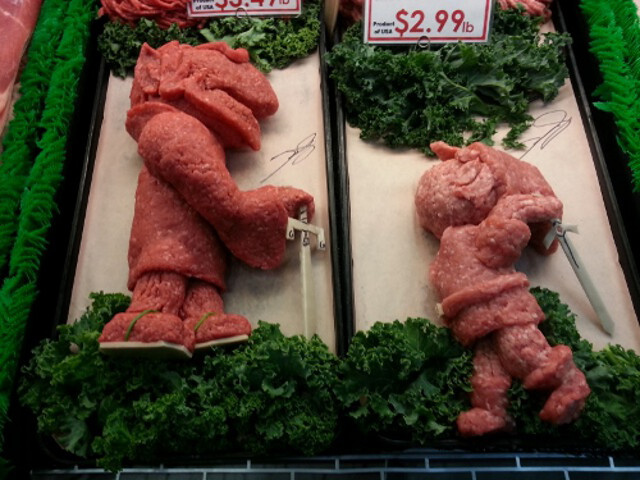 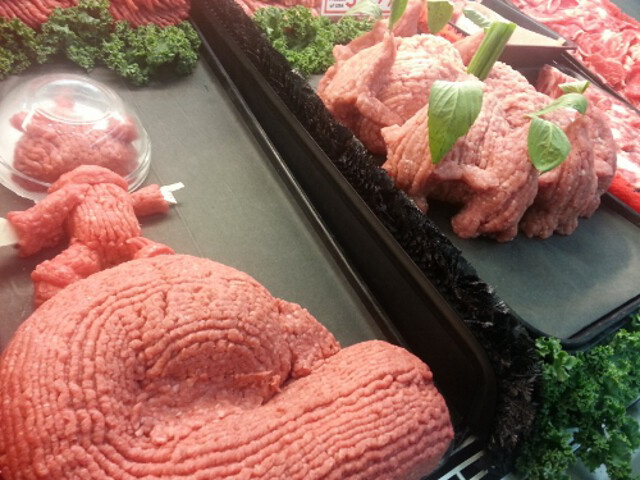 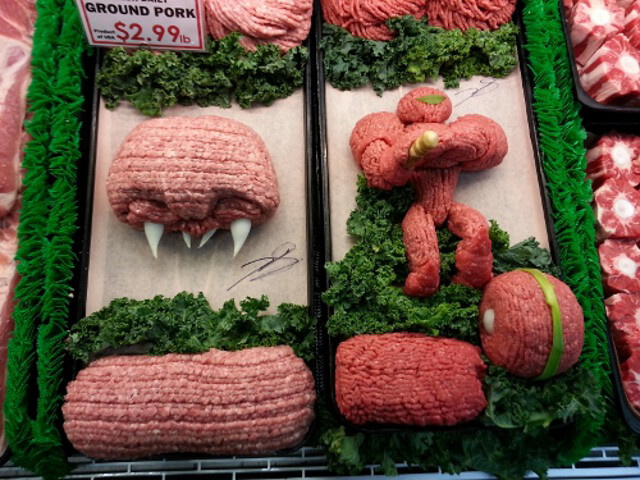 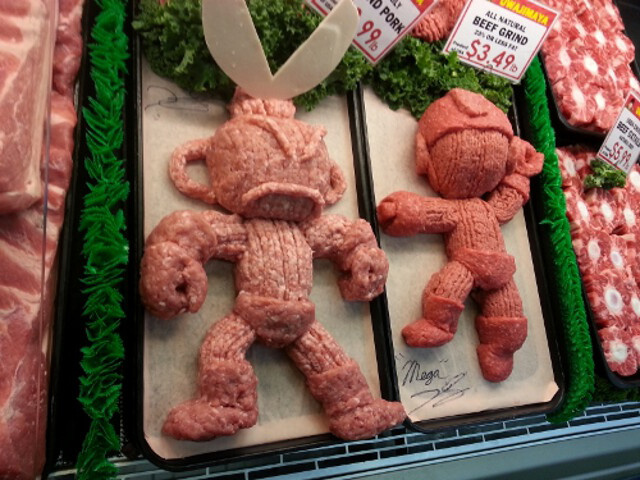 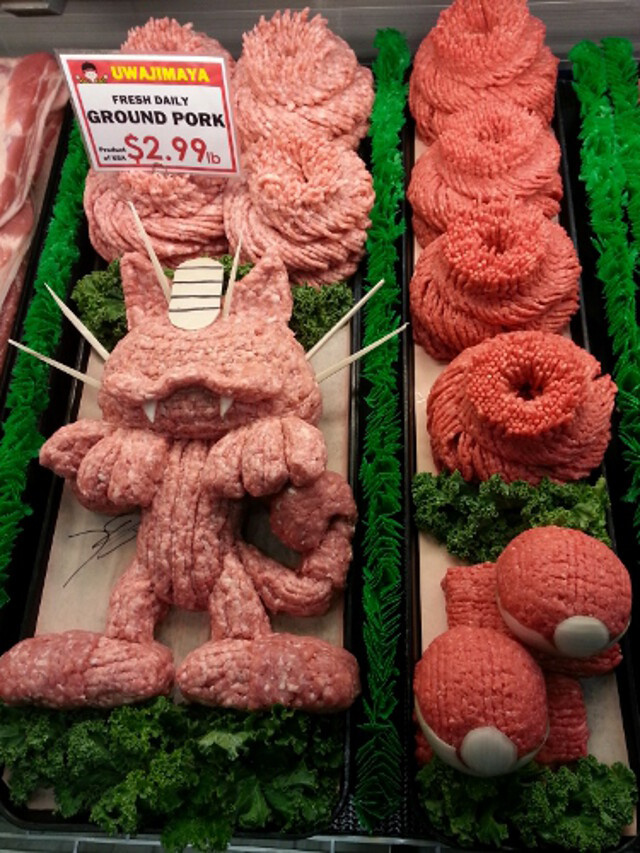 Why commit to a tattoo when you can have a fruit fill in for you? A banana won’t care, you know. A banana won’t regret it a decade later, or the next day after a nasty hangover. Because it’s a banana. So why not tat that sucker up with an adorable Pikachu?

Japanese artist End Cape specializes in banana tattoos. The process is actually more time-consuming and difficult than you may think; he punctures small holes in the banana’s skin using a pin, causing the peel to “bruise” and change color. Thus, causing black marks not unlike a real tattoo. Sometimes the process takes up to five hours or more depending on the image. The electrical mouse looks as though he couldn’t be happier on that ‘nana. Not only is it drawn incredibly well, but there are even cool shadow effects surrounding the image. End Cape of course, has many more examples of his work on display over on his Facebook page. 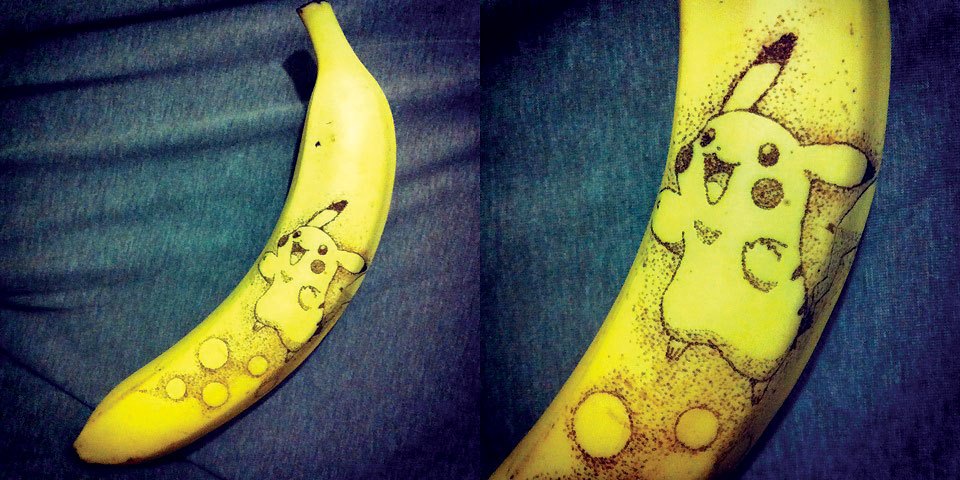 With the onset of October comes the anticipation of Halloween, and my favourite thing about the holiday is actually the inspiration of spooky art and crafts to surface online. We’re kicking off that trend early with Alpha Mom‘s Minecraft Creeper Green Jack O’ Lanterns. She lives up to that nickname, as she seems to know exactly how to make kids happy–and adults, for that matter.

She hasn’t gone for the lazy option of ordinary pumpkins, either. She’s been faithful to the green-skinned monsters by using green pumpkins, acorn squash, 8-ball pumpkins and zucchini. All of which have been carved out to create the Creeper’s soulless face, and boy does it look great. If you want to make some yourself, head over to Alpha Mom for more photos, tips and instructions. While it’s great that they look like the real thing, I hope she didn’t plant bombs in them all for a really “realistic” approach.

To check out last week’s featured Crafts ‘N Gear, here’s the link for #42: Pokemon Photography, Game Boy Luggage, Mega Man Fresco. You can find all our back episodes here.