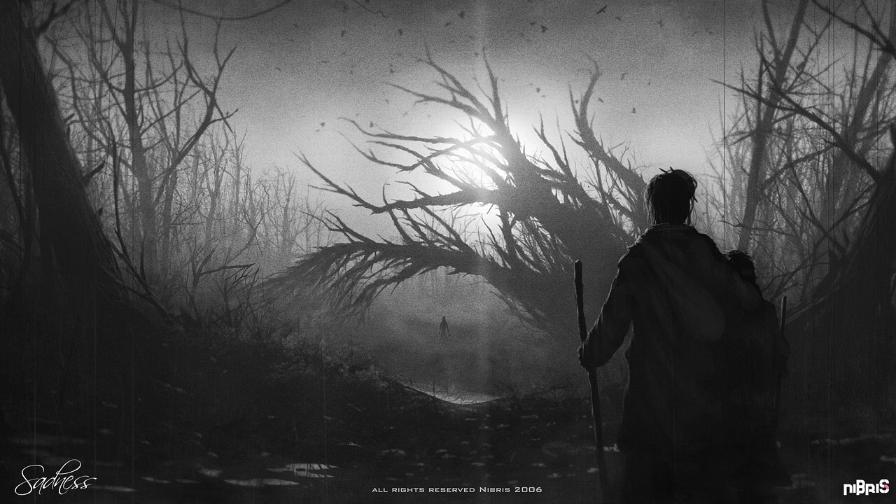 I remember being stoked when I first heard about Sadness.  The idea of a survival horror game in black and white was something that just intrigued me, and the few screenshots and single trailer for the game just made me want to play it even more.

Well, all that’s down the toilet now, folks, because the Nibris-developed Sadness has been cancelled.  Arkadiusz Reikowski, the game’s composer, stated in a blog post that the game itself was cancelled long before the music was even finished.  The unfinished soundtrack can be listened to in full here.  There’s some good music to be found, with a lot of it carrying a truly eerie and chilling sound.  It’s a shame we won’t be able to hear these great themes while playing Sadness.

Sadness is one of those games that you just hope will get released someday, even though you already know it won’t.  Sadness, you will be missed.  For what you never were and what you could have been.