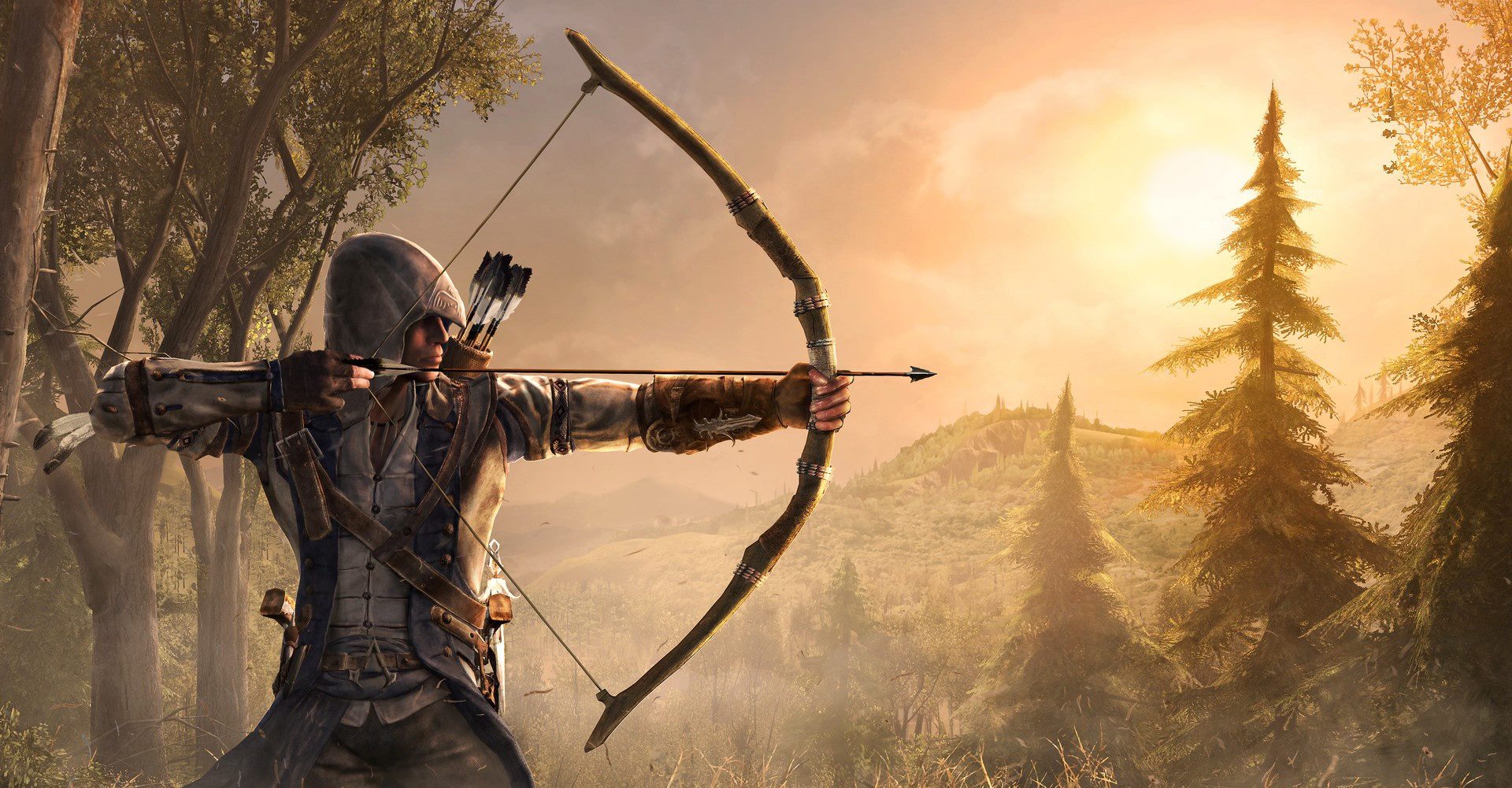 A great assassin needs more than one trick up his sleeve in order to be prepared for any situation.  The Ranged Weapons of Assassin’s Creed II offers versatility Ezio’s combat and stealth.  Use them to disable and distract multiple enemies at once.

Ezio can deploy Smoke Bombs to create a means of escape when it is necessary.

Received in Sequence 05, Ezio is able to carry a maximum of 3 Smoke Bombs at any given time.

Smoke Bombs create an audible explosion that will redirect the attention of any guards within 15 meters. The smoke expands to a four meter radius and has a duration of eight seconds.

The cloud will daze anyone within its radius, rendering them unable to move or fight. If a guard is pushed outside of the cloud, he will recover. Guards will follow in pursuit if they see Ezio throw a Smoke Grenade and they will enter the smoke if their sense of duty demands it. 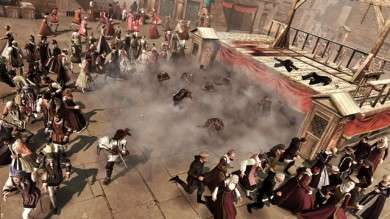 Kept in a concealed belt, Throwing Knives are not easily accessible. However, for the first half of the game, striking an enemy with a Throwing Knife will result in an instant kill. Afterwards, a kill may require 2 or 3 Throwing Knives. Throwing Knives can be hurled a maximum distance of 20 meters.

The following upgrades can be purchased for the belt used to conceal Ezio’s Throwing Knives:

Like many Melee Weapon classes, Ezio can receive training for his Throwing Knives to unlock their Special Technique, the Flying Knife Skill. The Flying Knife Skill is another charged skill, which requires the Weapon Hand button to be held down in order to launch the attack. As usual with charged attacks, the Flying Knife Skill leaves Ezio vulnerable to enemy attacks. However, it allows him to simultaneously throw up to 5 knives at separate targets with deadly accuracy. The longer the attack is charged, the number of enemies targeted, accuracy and distance of the attack will all be increased.

Primarily used as a military weapon, the Pistol is not expected to be found within the long range arsenal of a stealthy assassin, but Leonardo da Vinci’s interpretation allows it to remain concealed as an attachment to Ezio’s Hidden Blade.

The Pistol is a powerful, one-shot kill range weapon. However, lining up an accurate shot and reloading do take a bit of time. To fire the Pistol, the Weapon Hand button must be held. Similar to executing a charged Special Technique, the longer the button is held the more accurate the shot will be once fired. The Pistol has a 6 round capacity, which may not be upgraded, and it requires 3 seconds to reload.

Intimidate is a charged attack available only when the Pistol is equipped. Holding the Weapon Hand button will cause Ezio to aim his pistol at an enemy without firing. The enemy’s morale will slowly decrease until he turns and flees. Actually firing the pistol will result in a decrease of morale to surrounding enemies.

Poison Vials can be purchased from any doctor for 250 florins. However, Poison must be used with the Poison Blade, which is acquired in Sequence 05, Memory07.

Victims of Poisoning become oblivious to their environment, stumbling through crowds and, at times, even off ledges or rooftops, for a 15-second duration.